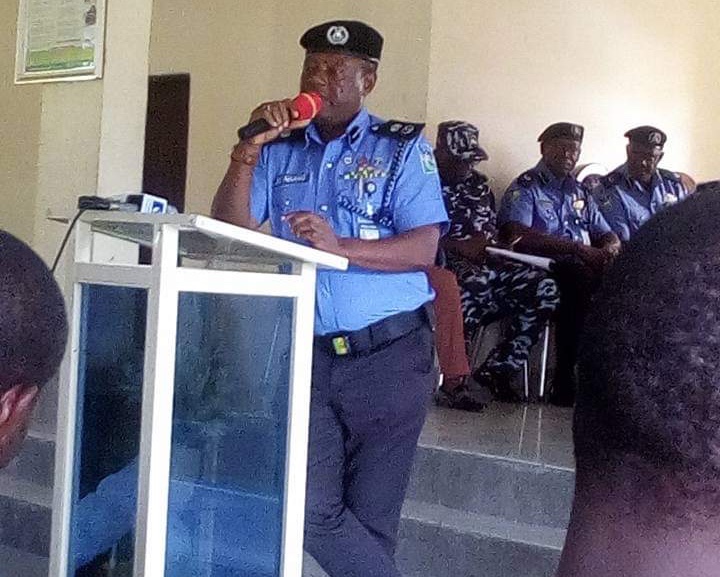 …says he has zero tolerance for criminality

The New Commissioner of Police in Akwa Ibom state, Mr John Bassey Abang, has made it known that he would not spare any hoodlums in the  state.

He promised to sustain the peace and orderliness experienced in the state.

He thanked the state government for doing effectively in terms of security and he pledged to sustain the tempo, as he has zero tolerance for criminality.

“I am aware that Akwa Ibom is the safest State in the country with regards to the peaceful nature of the people”.

Mr Abang made this known on last Thursday in a press briefing when he was officially welcome to the state.

“I am here to serve the people of Akwa Ibom and will do so professionally in accordance with international best practices where the Rule of law takes precedence”.

Mr Abang is from Cross River State and the 24th Commissioner of Police in Akwa Ibom state.

He said, his strategy is to improve on the peaceful environment ,saying that the command under his watch will continue to protect  lives and property as well as making  the state more better for investors and tourists to inhabit.

He described Akwa Ibom Press industry as ‘WORLD PRESS’ because of the good partnership his predecessors enjoyed from Journalists in the state and also solicited their support in like manner.

Stating, “we need the press to work tirelessly with the command, we will improve on the intelligence gathering mechanisms continue with the visibility policing capacity and reinvigorate community policing initiating into the system by the federal government.”

Similarly, the command would assured that all political parties a level playing ground for their campaign. “During my watch, I will work with sister agencies and the people of Akwa Ibom to ensure we deliver a free, fair, credible and transparent election come 2019.”

Hence, let me warn criminal elements in the State to leave immediately or be flushed out” he said.