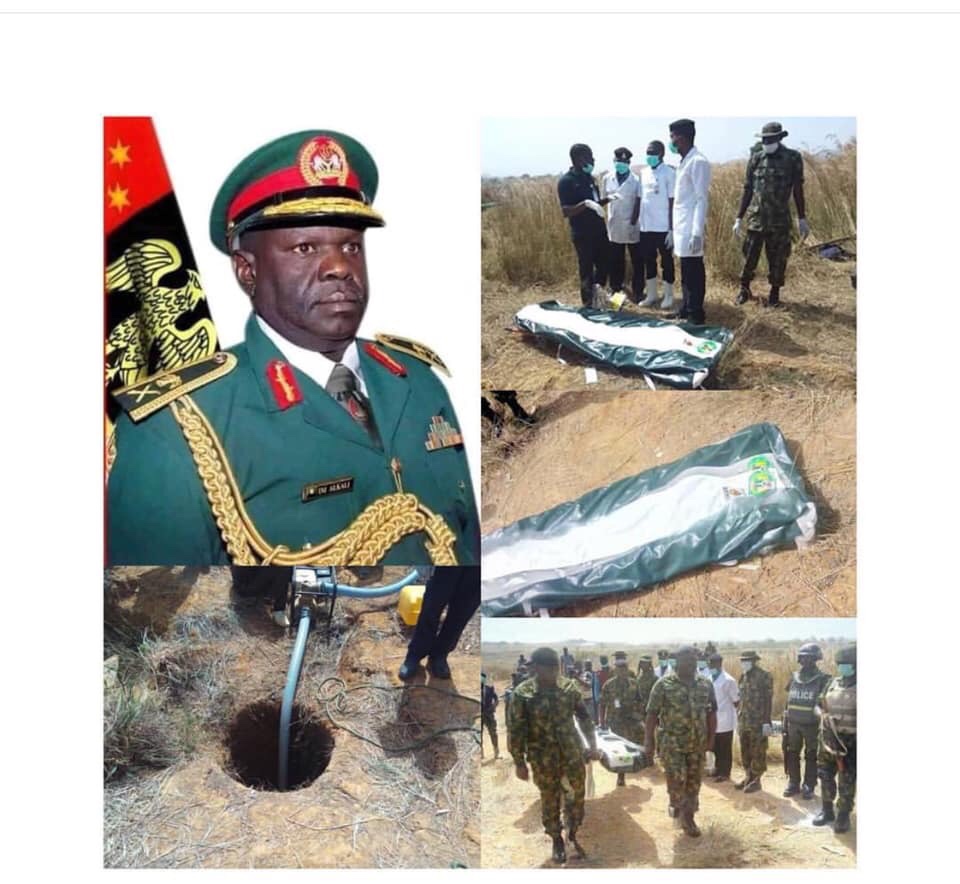 The remains of the former Head of Administration, Army Headquarters, Major General Idris Alkali (Rtd) has been recovered from an abandoned well in a village known as Guchwet in Shen district of Jos south local government area in Plateau State.

The water from the well was drain on Wednesday morning and the remains of the retired senior military officer was pulled out and covered in a green and white body bag when Daily Trust visited the scene.

The Garrison Commander 3 Armoured Division, Maxwell Kobe Cantonment, Rukuba near Jos, Brigadier General Umar Mohammed who is also in charge of the search and rescue operation for the missing General said the location for the abandoned well was provided by one of the eight suspects on the Police wanted list who submitted himself for interrogation.

Brigadier General Mohammed said six of the wanted suspects are presently in police custody and urged others to avail themselves to the police as the army was on their trail.

He said the operation was conducted by the Nigerian Army in collaboration with the Nigerian Police and the Fire service.

General Alkali was declared missing on September 3 while traveling from Abuja to his farm in Bauchi via Jos.

His phone was said to have been tracked around Du district in Jos South and his vehicle with registration number Kwara MUN 670 AA was recovered from an old mining pond in Dura-Du on September 29.

Last Friday the Army said it uncovered a shallow grave in which Alkali’s remains was buried and later exhumed and moved to a secret location.

The retired general was given a military parade by Brigadier generals who carried the his remains into a waiting ambulance.