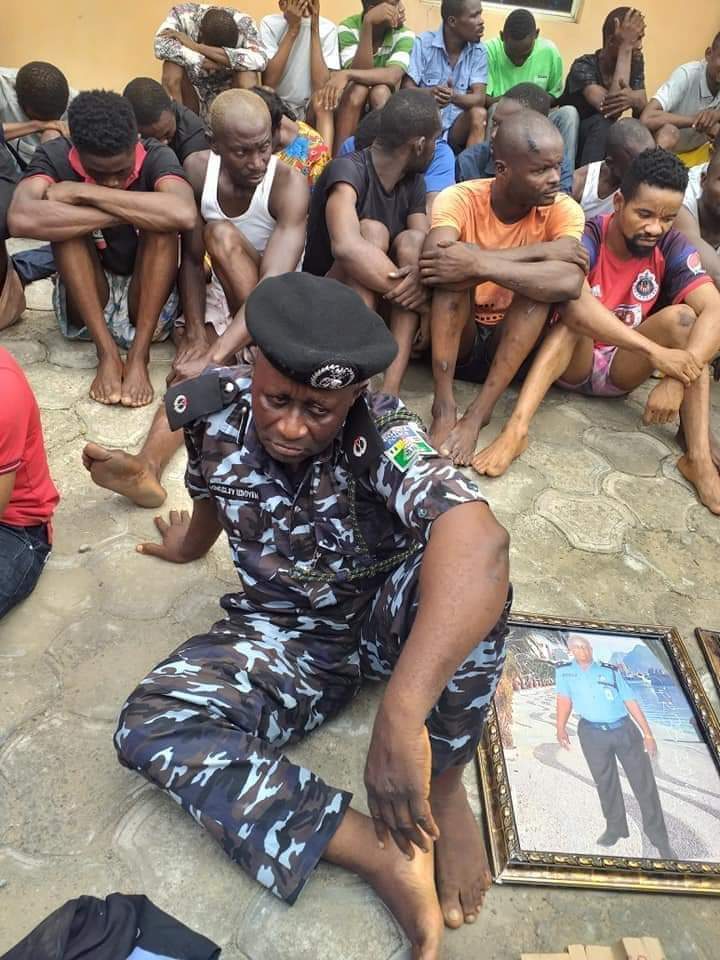 0
The fake Senior Police Officer who claimed he was sacked from the Force in 2006 as Superintendent of Police while serving in Alagbon, Lagos State, has admitted parading himself as ACP, adding that a female serving Police woman and girlfriend who has also been arrested, procured the uniform and ranks for him.
Parading the suspect today at the Command Headquarters, Ikot Akpan Abia, Uyo, the Commissioner of Police, Akwa Ibom State, Mr Musa Kimo said that Udoyen had until his arrest at No. 3 Stadium Road, Abak, used the fake ACP position to defraud and threatened unsuspecting members of the public.
Kimo added that a search in his house led to the recovery of “one English pistol without magazine and ammunition, portraits of Chief Superintendent of Police and Assistant Commissioner of Police, three pairs of uniform, Police belt, fake Police ID card, and other documents.”(c) Marshal Abia