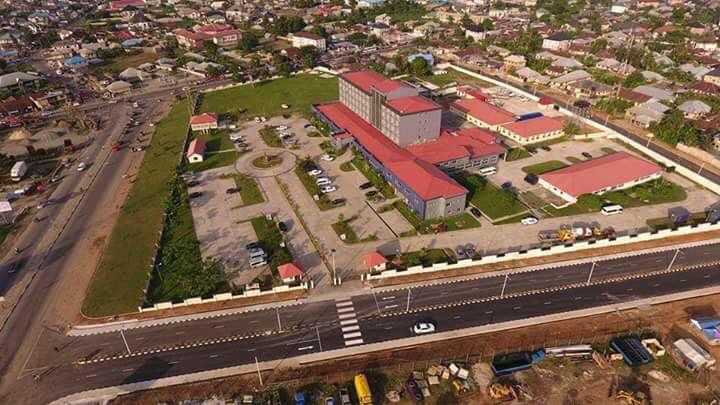 To those who had attached emotional sentiments to the just concluded elections, I think it’s time to get rid of the setback, ecstasy and possibly move on as a state so as to achieve greater height in the second half of Governor Udom Emmanuel and President Buhari led administrations.

Having read through the recent Press Statement issued by the State Publicity Secretary of All Progressive Congress (APC), Mr. Enyongekere, I’m beginning to imagine what could have prompted a pensioner to pencil down such hate speech by way of PRESS STATEMENT on the governor of the state who deserves the respect of all and sundry.

Elections have come and gone. The winner, Deacon Udom Emmanuel had extended olive branch and Right Hand of fellowship to the loosers and off course urged all to join hands in building and delivering dividend of Democracy to the state.

So far, Projects Inspections have commenced in the state, PDP candidates elect have collected their Certificates of Returns thereby showcasing the fact that Real Progressives have moved on to the next level and reality of life.

If APC is not satisfied with the outcome of the election, then the party should approach the tribunal same way Obong Umana Okon Umana did in 2015 and lost out at the Supreme Court.

Losing election is more or less an habit to Nsima Ekere, at least he has lost elections for about six times since he graduated from the University of Nigeria, Nsukka, thus this particular defeat shouldn’t be seen as fresh…like Abraham Lincoln, Nsima Ekere is used to defeat.

Truth is, Nsima Ekere slim chances of becoming governor became dampened the day Godswill Akpabio defected into the APC. His entrance introduced imposition of candidates where popular aspirants like Uwem Udoma, Aniekan Udosen, Unyime Ekwere et al were replaced and in the process many people lost their lives during the party primaries.

If you feel that Sen John James Udoedehe, Obong Umana Okon Umana, Sen. Ita Enang and all the APC political leaders in Uyo Senatorial District are unhappy with the outcome of March 9th governorship election, then you are day dreaming.

Uyo Senatorial District knew that Nsima Ekere won’t relent his ambition nor stick to one term agrement , so they decided to play him what gamblers describe as LAST CARD.

At a point in APC, many elders were using Nsima Ekere’s ambition to sustain their diabetic, blood pressure medications, while the youths were using same to “flex” as pretty girls also had their iPhones and cars during the tussle.

The just concluded elections brought changes, settled longstanding enmity but above all showed the finger of God in the affairs of man.

No one could have believed that Godswill Akpabio could lose election, talk less of Victor Antai in Oron Federal Constituency, but they all lost woefully.

I believe sooner or later Nsima Ekere may be regretting especially whenever he hears someone proclaimed, A BIRD AT HAND WORTH MORE THAN TEN IN THE BUSH.

NDDC was a plus but his shortsightedness triggered him to join LEAGUE OF FAILED MD NDDC GUBERNATORIAL CANDIDATES. That is the testimonial Ekere has kept for his kindred. SAD!

The money Ekere spent on his campaigns would have fetched him sustained investment and possibly turned him to an elderstateman in near future.

All the sympathy people had on Nsima Ekere as a result of his IMPEACHMENT SAGA erased in the heart of many the moment he embraced Akpabio as men with conscience left the party foreseeing the danger of wining and dining with the devil.

The worst mistake Nsima made was introducing Godswill Akpabio into his political journey.

I would say that, Nsima Ekere was the architect of his latest political defeat, not MIKE IGINI.

As soon as Akpabio stepped into the party, God’s factor was truncated, FEDERAL MIGHT was uploaded, propaganda, blackmail were upheld, while Nsima Ekere followed the multitude to dwell in self deceit.

Prior to March 9th, show me one APC fellow that opined that he or she will win election via vote count, and I’ll show you millions that believed in winning elections via FEDERAL MIGHT…they all saw Godswill Akpabio as god not knowing that God has the final say in man’s affair.

I pity Victor Antai, coz his case is like Moses who saw The Promised Land but couldn’t enter. A former commissioner who added ingredients to Culture ministry via Orange September but ended up losing election he ought to have won if he were in PDP.

…A man who would have been the FACE of Oro nation in present day politicking becoming something else because of “loyalty”. If Sir Emem Akpabio stood by PDP, I wonder why Victor Antai fell by the way side.

However, elections have come and gone, it’s time to unite ourselves and play the kind of politics that could bring prosperity to our land.

Good and fine, APC has won the Presidential Election, thus nothing stops us from advocating for Federal appointments. Is it too late for us to demand for an Akwa Ibom native to be appointed as MD of NDDC? I feel that is what Akpabio, Ita Enang should use their long legs in the presidency to demand rather than granting unnecessary interviews on electronic media, issuing Press Statements.

Needless abusing Udom, Akpabio or any of our elders on social media, coz the way we cajole them is the manner outsiders will treat them.

It’s time to bestow respect on deserving ones, time to turn boys to men, girls to ladies and men to elders. Dwelling in the past, won’t help us as a society, we ought to be focussed, United while searching for possible opportunities to grab.

I’ll be happy seeing many social media influencers becoming aides to Mr. President, ministers and so on. I’ll be happy if appointments into various offices in the state and Federal government are seen as local. It’s time for the people to be integrated into the main stream of politics as such gesture may curb youth restiveness and undue criticism.

The State Chapter of APC should as a matter of urgency embrace the hand of fellowship Deacon Udom Emmanuel has extended to the leadership by churning out ideas and programs that could better the lots in the state.

The Press Statements issued by the party is more or less defeatist tactics and showed be avoided.

A lot have been learnt and I believe that Nsima Ekere has learnt just like Umana Okon Umana did in 2015. I’m sure, like UOU, March 9th ends the dream of ONE becoming a governor in his lifetime. I see him joining LEAGUE OF FEDERAL APPOINTMENTS SEEKERS, that will depend if Akpabio will allow him smell any significant portfolio.

However, let’s encourage one another even as we join hands together to move Akwa Ibom state to the next level of greater peace, prosperity, security and political integration under Governor Udom Emmanuel led administration. 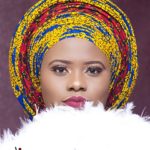