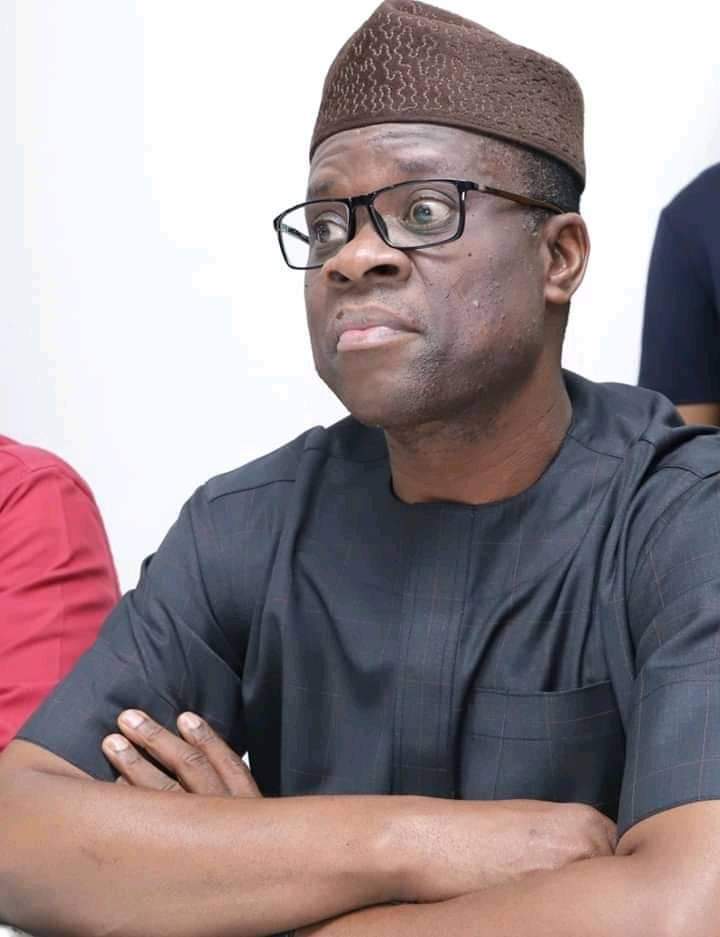 The 2019 elections have come and gone, but there’s a name that has remained. He was not a political candidate, but has remained popular. His popularity, however is synonymous with integrity, truth, good conscience, perfection, peace and honesty. That name sent sleep away from the eyes of evil doers before, during and after the general elections. Sons and daughters of darkness fidgeted when the name was echoed, and the political door of hell wore a somber look as the name was pronounced. That name is Mike Igini, the Resident Electoral Commissioner for Akwa Ibom State.

I have not met him in person before, but I have read so much about him since 2011. Mike Igini is a name that resonates integrity in the political circle of Nigeria. Compromise is alien to his nature. Though not too rich, yet he is contented with what he has, a virtue considered to be rare among many. His antecedents speak volume in this regard.

He is one electoral official that I can vouch for. The power, influence, money and intimidation of incumbency cannot infect him. He is one man who values his name more than fame, influence and wealth, and this reputation, he has sacrificially built and natured for decades now.

Both small and great have testified to his uncompromising stance in supporting justice, fair- play and equity in the political arena. From Cross River, Anambra, lmo to Edo, to Rivers, and to Akwa Ibom, the story is the same. Where the electoral umpires are in doubt, the name that first come to mind is Mike Igini, as he has earned trustworthiness over the years. That is who he is, and there’s no two ways about it.

When Mike Igini was sent to Akwa Ibom State, hell was let loose. Those who are alien to truth and fairness began to wail and yell, calling for his redeployment. For weeks, campaign of calumny and series of protests were made for him to be redeployed. But those who sent him to the state paid deaf ear to such satanic calls.

Promises were made, and French gifts offered, but he conscientiously rejected them, and punctuated with a phrase that he(Mike Igini) popularised – I came to Akwa Ibom to count votes, and not money.

Today, since the APC in Akwa Ibom could not buy him, or succeed to “tame” him with money and threat to his life and that of his family members, they started labeling and calling him names. He is now seen as traitor, wicked, compromising and dishonest. How did we even get here?

Today, a man who stands for truth is seen as being wicked. We now celebrate evil and crucify justice. On pages of papers, the APC have continued to accuse Mike Igini of colluding with the PDP to “steal” their mandate. This is preposterous! Which mandate?

Several threats have been made to his life and family, yet he is adamant. Should such a man not be hailed and celebrated, rather than castigated? When was it a criminal offence to support justice? Have we come this low?

When he oversaw the Imo inconclusive elections in 2011and 2015, and the opposition then won, he was a saint. When he supervised election in Cross River State, and the then opposition won seats to the House of Assembly had a filled day, and in Edo in 2015 the only state out of 11 states of South South and South East combined where president BUHARI scored 46% instead of 25% requirements of the constitution and PDP was controlling federal might, he was an angel, a man of integrity and honesty. But today, the same man they celebrated for such uncompromising feat is seen as a traitor. Is this not a perfect definition of irony?

Could it be that they didn’t really know him when they sent him to Akwa Ibom State? How come they are all crying that he is so straight forward? Is the world coming to an end so soon?

It is time for APC to bury their heads in shame. Those calling for the relocation of the election petition tribunal to Abuja should be ashamed of themselves. If they like, let them take the tribunal to Iraq, Afghanistan or Syria, justice will speak, and only God will prevail.

This is not the first time Mike Igini has rejected gratifications and gifts from political gladiators, yet the people did not wail and yell. Why is Akwa Ibom’s case different? Why can’t the APC sleep in shame?

Let them leave Mike Igini alone. He should be allowed to rest after a tedious exercise. He must not die for standing by the truth. His family should not suffer for the defense of justice. This is a virtue all Nigerians should imbibe. 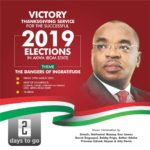