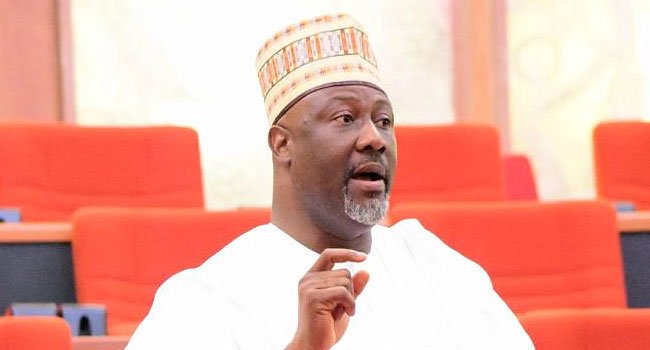 The lawmaker representing Kogi West district, Senator Dino Melaye, is in the custody of the Nigeria Police Force, Channels Television has learnt.

A source at the Force Headquarters in Abuja confirmed this on Friday.

The police carried out a search of the lawmaker’s residence in the nation’s capital while he was taken to the office of the Federal Special Anti-Robbery Squad (FSARS) in Guzape.

Although Senator Melaye had earlier said he was not in the house, the police said he opened the door to the residence himself at about 3 pm today.

When he came out of the door, he reportedly slumped to the floor in the presence of some senators of the Peoples Democratic Party (PDP) and police personnel.

He was later assisted onto his feet and eventually taken to the F-SARS headquarters amid tight security.

Senator Melaye’s emergence from his residence brings a siege on his house by police officers to an end after eight days.

The police had stormed the house of the lawmaker in Maitama on Friday last week, over an allegation of culpable homicide in the shooting of a police officer while on duty.

What was meant to be an arrest later turned drama, as the lawmaker made several allegations against the police while they insisted that they would not vacate the premises until he was arrested.

Earlier, Senator Melaye told Channels Television in an interview that the siege was unnecessary as he was determined to make himself available to the police this week.

Senate President Bukola Saraki condemned the development and accused the Inspector General of Police, Ibrahim Idris, of playing partisan politics with his position.

Similarly, the PDP alleged that “the Muhammadu Buhari Presidency is turning Nigeria into a police state, where those opposed to President Buhari’s re-election are treated like enemies of the state”.

In spite of this, the police said they would not retreat until Senator Melaye surrendered himself for arrest and investigation into the alleged crimes he committed.

They insisted that the operatives deployed to arrest the lawmaker at his residence were in possession of “a duly obtained Warrant of Arrest” to carry out the operation. 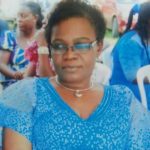