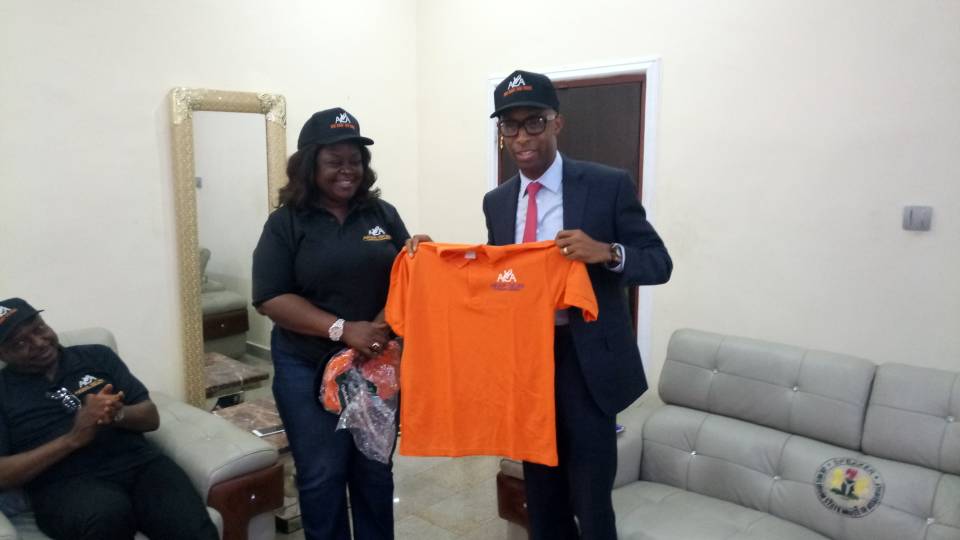 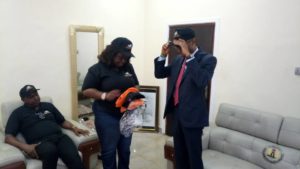 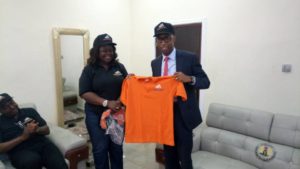 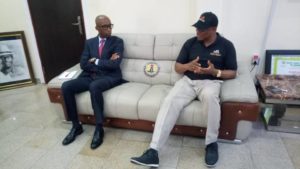 The Speaker, Akwa Ibom State House of Assembly, Rt. Hon. Barr. Onofiok Luke has hailed the President, Akwa Ibom Christian Assembly, Arch. Bishop Dr. Cletus Bassey and other leaders of faith in the state for leading the initiative in mobilizing churches in the state to participate actively in the political process ahead of the forth coming general elections in 2019.

Giving the commendation on Monday in his office during an interface with the leadership of the Akwa Ibom Christian Assembly, ACA, Barr. Luke who endorsed the idea and objective behind the formation of the Christian body, appreciated the church for the support and prayers it has so far given to past and current governments in the state. He particularly applauded the unity of purpose in the body of Christ in the state.

“This is a very welcome visit for me. Let me thank God for what he has been able to use you to do both individually and collectively. The support you have shown to the government and the support you have shown to Governor Udom Emmanuel is quite tremendous. We appreciate that support and we don’t take it for granted.
We in Akwa Ibom State House of Assembly are open to advise, we are open to correction. Akwa Ibom State House of Assembly endorse in its entirety the idea and ideals of Akwa Ibom Christian Assembly. I am happy to see strong leadership of the church asking for their members to go and get their Permanent Voters’ Card, PVC. We need to keep men of God in authority, in power so that they can impact the world positively”.

Earlier, the leader of the delegation and President, Akwa Ibom Christian Assembly, Arch. Bishop Cletus Bassey said he and his team members were in the House of Assembly to intimate the Speaker about the objective of Akwa Ibom Christian Assembly, explaining that the group which comprises members of the body of faith from churches in the state, seeks to mobilize the church to take its rightful place in the society. He disclosed that within two months of mobilisation, the group has been able to record over 25,000 membership strength, assuring that before 2019 it would record more.

He further hinted that the group had since begun sensitization on voter registration among members of the Christian faith and has been able to register its presence across at the 31 local government areas and political wards in the state.

“There is too much of persecution against the church. Why is it that Christians are becoming endangered species in the world?. Our enemies are using propaganda saying the church should not be involved in political process, and we are determined to ensure that we chose the right leaders. We must make sure we have the voice to produce people that rule over us”.
Bishop Cletus informed the Speaker about an upcoming event to be hosted by the group on Thursday 15th March, 2018 tagged ‘Dominion Mandate’ conference holding at Ibom Hall grounds, and invited him to grace the meeting.
Among ministers of the gospel billed to speak during the two day conference include, Dr. Mensa Otabil, Pastor Matthew Oshimolowo, Rev. Dr. Uma Ukpai and Prelate Sunday Mbang.

Speaker Luke was presented with copies of the group’s sticker, branded T-shirts and face cap by an exco member, Rev. Angela Ashong.

The Chief Whip of the House of Assembly and Member representing INI State constituency, Hon. Emmanuel Ekpenyong was in attendance during the courtesy visit.
Arch. Bishop Bassey was accompanied on the courtesy visit by the Vice president of the Assembly, Evang. Smith , Rev. Mrs. Angela Ashong and the Secretary of the body, Pastor Umoh Bassey Eno.