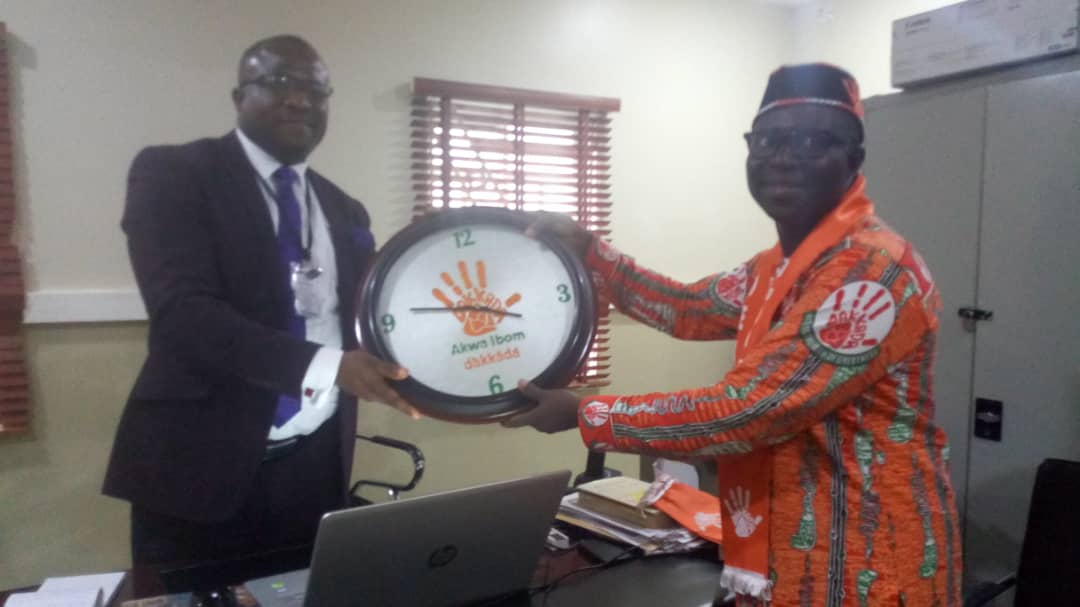 The Managing Director and Chief Executive Officer (MD/CEO) of MediaMall, Mr Iniobong Akpan, has said that the fate of the business community in Akwa Ibom State has been improved through the Dakkada initiative of the State Governor, Mr Udom Emmanuel.

He stated this during a courtesy call to him in his office on Wednesday by a group of business moguls in the state under the umbrella body of Dakkada Entrepreneurs Ambassadors League (DEAL), led by the Senior Special Assistant to the Governor on Marketing and Brand Management, Mr Sam Edoho.

Mr Iniobong disclosed that MediaMall, an Information Communications Technology (ICT) outlet with head office at Park Road, Eket, stemmed out and is driven by the Dakkada philosophy of the Governor, saying: “It is of a truth that the Dakkada initiative of the Governor has turned things right in Akwa Ibom State.

“If not for this initiative, I would not have had the push to leave my humble living room. I love doing business from the house to the extent that I used to tell people that businesses are shifting to the living room because of the advent of the computer. But when the Dakkada campaign was widely publicised in the state, I was greatly impressed and had the push which gave me the idea of opening an office.”

The MediaMall Boss who is also a Board of Trustees (BoT) member of DEAL, pledged his commitment to support the group with a bid to returning the Governor to the Hilltop Mansion come 2019.

Chairman of DEAL, Mr Sam Edoho, disclosed that the group has an objective to raise and build successful business leaders for Akwa Ibom, saying that entrepreneurs have benefited from the policies, programmes and directions of Gov Emmanuel including the steady power supply currently enjoyed in the state.

According to him, the efficacy of the power programme is being tested through the provision of electric meters where beneficiaries have testified to have reduced electricity tariff to its barest minimal.

Mr Sam noted that Gov Emmanuel’s focus on industrialisation is no longer a story as more industries have sprung up, such as the Coconut Refinery Factory in Ikot Abasi, Fertilizer Blending Factory in Abak, Rice Mill in Ini, Syringe and Electric Metering factories in Onna, and several other industries are creating business opportunities for people across the state.

He further disclosed that the construction of the Eket Regional Market with 5,000 stores is ongoing. Phase one of the market has the capacity of 2,800 stores. The Super Highway is already taking off to take us to the Ibaka Deep Seaport.

Also speaking, a former Chairman of Eket Local Government and Board member of Akwa Ibom Waste Management Agency, Hon. Victor Henry, said that Akwa Ibom State, in many years back, used to be a business environment and entrepreneurial city, but the spirit died off along the line. “But Gov Udom Emmanuel, on assumption of office in 2015, came up with the idea of taking the state back to what it used to be, hence the Dakkada philosophy – a clarion call to arise from every level of mediocrity and be outstanding.

“Entrepreneurs in the state came together under the umbrella of Dakkada Entrepreneurs Ambassadors League (DEAL) with the idea of exploring, go further to help business-oriented people in the society and educate them to become successful entrepreneurs.”