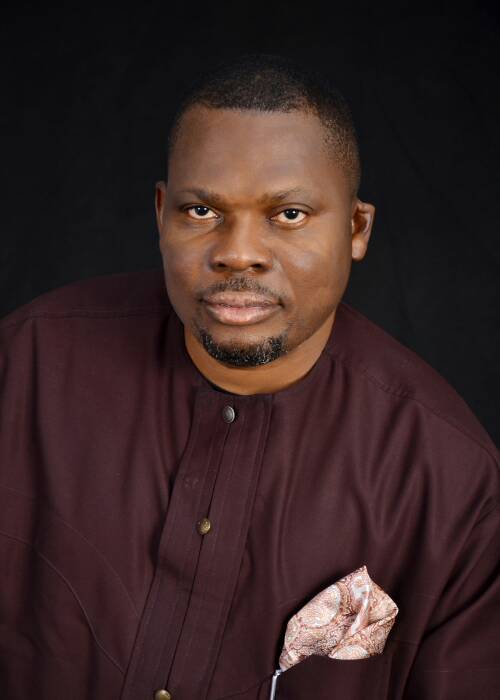 Immediate past Leader of the Akwa Ibom State House of Assembly, Rt. Hon. Okpolupm Etteh, has warned perpetrators and sponsors of campaign of calumny against him, intending to set him on a collision course with Governor Udom Emmanuel and stakeholders of the Peoples Democratic Party (PDP) in the state, to refrain from the act.
A statement from his Media Unit, signed by Darlington Udobong, where Rt. Hon. Etteh stressed that it has become “one blackmail, too many,” said “It has come to the notice of the Media Unit of the immediate past Leader of Akwa Ibom State House of Assembly, Rt. Hon. Okpolupm Etteh, a stakeholder in the Peoples Democratic Party (PDP) project, and current Honorary Senior Special Adviser on Special Duties to His Excellency, Governor Udom Emmanuel, that a group of persons, whom we prefer to call anticipatory losers and attention seekers in the forthcoming PDP primary elections, particularly those of the Eket Senatorial District extraction, have gathered themselves together with the sole aim of blackmailing the former Assemblyman, tarnishing his image and setting him on a collision course with our affable Governor, Mr. Udom Emmanuel, and stakeholders of the Peoples’ Democratic Party (PDP) in the State.”
“We wish to inform both the conspirators and perpetrators of this campaign of calumny that Rt. Hon. Etteh is a law abiding citizen of Nigeria, and a faithful and committed party man. Rt. Hon. Etteh is fully aware of the numerous sneaky activities of some highly placed citizens of Akwa Ibom who may be displeased and, therefore, suffering some discomfiture with his closeness to Governor Udom Emmanuel. To secure an elbow-room for themselves, these persons have resorted to blackmailing Rt. Hon. Etteh and probably cause disaffection between him and the Governor. The latest in the series of ploys by these conspirators and their perpetrators is the sponsored publication of The Ink Newspaper, Vol. 2, No. 47, of Friday, May 4, 2018, with the caption: ‘EKET SENATE 2019: ETTEH, NTEKIM PLANT SPIES IN ANTAI, EYAKENYI, OTHERS CAMPS,’ where they falsely and most maliciously stated, amongst other things, that Rt. Hon. Etteh, the ‘Chief of Staff’ to Governor Udom Emmanuel ‘will be in custody of the delegates list of the party and that he was going to surrender same to Ekpenyong Ntekim at least one week before the party nomination’ and was, ‘at the moment, is unperturbed in his quest to foist Ekpenyong Ntekim on the people.’”
“For purposes of emphasis and clarity, we wish to state categorically that our principal, Rt. Hon. Okpolupm Etteh, would not have bothered himself over this baseless allegation but for the fact that the name of his appointor, the State Governor, Mr. Udom Emmanuel, has been dragged into it,” the statement maintained.
“For the avoidance of doubt, our principal, Rt. Hon. Okpolupm Etteh, regards the cry of defeat by these perpetrators and purveyors of the campaign of calumny as arrant nonsense and baseless because if they were sensible, they would have known that Party primary election and its processes are not for blackmailers but for serious minded persons; and that delegates’ list is not a one-man creation but that of the outcome of the Party constitutional process involving the entire membership (card carrying members) of the Party in the State; and that his current zeal and preoccupation is Governor Udom Emmanuel’s re-election. How then can Rt. Hon. Etteh possibly be planning to foist Barrister Ekpenyong Ntekim, a man that has the right to aspire for Eket Senatorial seat as anyone else, on the people when he (Rt. Hon. Etteh) has just one vote to cast?
“Therefore, for the sake of setting the records straight, our principal, Rt. Hon. Okpolupm Etteh, wishes to state that: 1. He is the Honorary Senior Special Adviser on Special Duties to Governor Udom Emmanuel and not the Chief of Staff as mischievously claimed by the originators of the campaign of calumny. 2. Following from (1) above, he is not the Party or its Leader and could not have claimed to be the one that will give any aspirant the Senate ticket. 3.He remains a loyal and patriotic citizen of the Federal Republic of Nigeria who minds his business and has never been involved in political brinksmanship, except if that is what loyalty and support to his party, the PDP, and his Governor, is called. 4. The immediate past leader of the State House of Assembly, in his loving, accommodating and all-forgiving manner, warns all those behind this ploy to desist from them, support Governor Udom Emmanuel so that development and progress will continue to take over the change mantra in our respective communities. 5. Highly-placed persons, political stakeholders and aspirants for sponsorship of the Party for elective offices should learn to conduct themselves in exemplary manners, completely devoid of sensitized blackmail or malicious deployment of victim mentality unhelpful of the focus of Governor Udom Emmanuel in taking the State to the next level. 5. Media houses, known for setting agenda for development, should at all times refrain from being used as available tools of destabilization and political blackmail. They should stand on the side of justice, fairness, equity, progress and development,” the statement concluded.