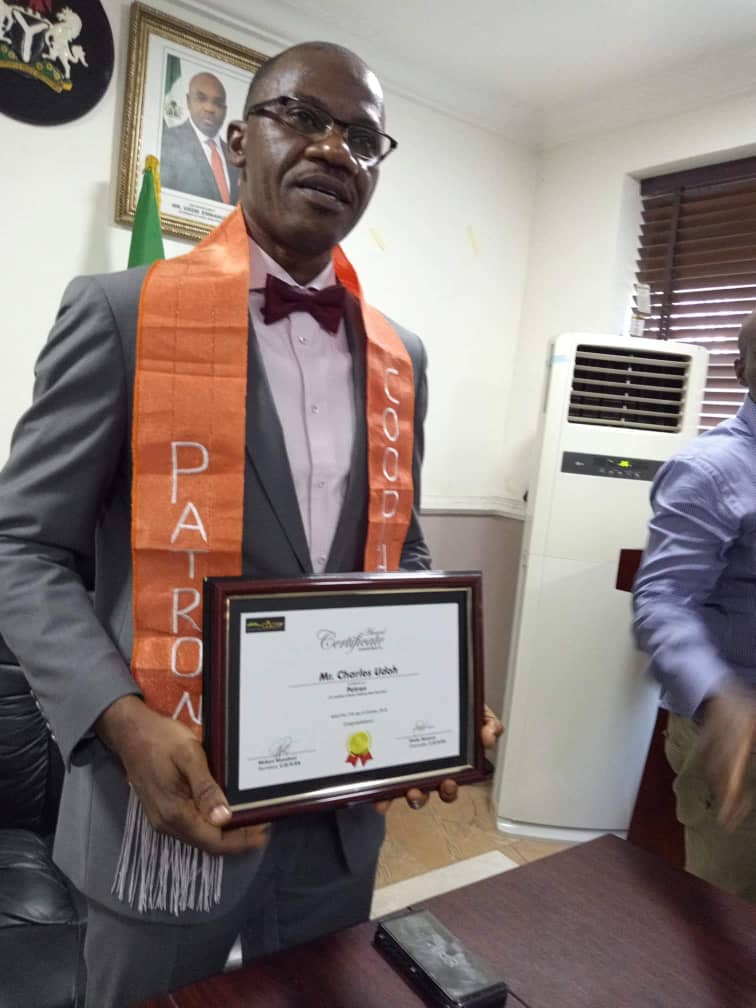 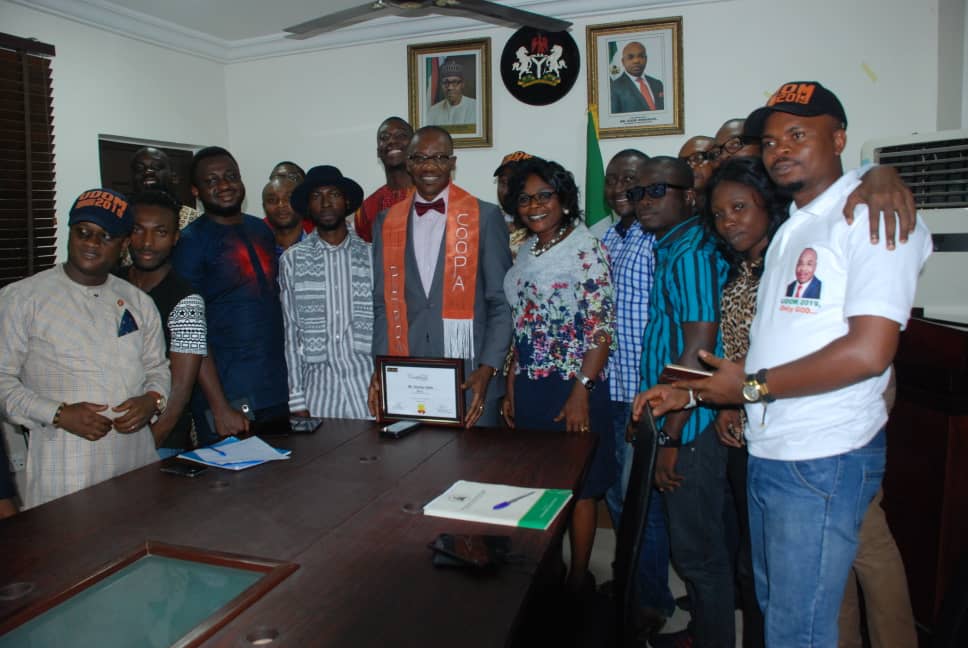 Governor Udom Emmanuel is a globally recognized brand in integrity and hardwork which every true Akwa Ibom person represents and this must be upheld as our heritage for posterity and generations yet unborn.

Akwa Ibom State Commissioner for Information and Strategy, Charles Udoh, who stated this while hosting the executives and members of the Coalition of Online Publishers in Akwa Ibom (COOPA), said it is the acknowledged brand that made it possible for Governor Udom Emmanuel to be trusted by foreign investors that have sunk in their hard earned currencies in the setting up of over 9 industries in the State within a short span of 3 years.

The Information Boss reiterated that, without integrity and hardwork which the Governor characterize he would not have been appointed a Director in one of the highbrow frontline banks in Nigeria, Zenith bank adding that across Nigeria and even the globe, Akwa Ibom People have been trusted with very high responsibilities and positions due to their set brand in integrity and hardwork.

Charles Udoh said Governor Udom Emmanuel has opened up avenues for youth  empowerment in the state with the influx of industries and urged indigenes of the state to take advantage of the numerous value chain opportunities to better their lots rather than allow selfish and unscrupulous politicians who blackmail government by lying to gullible members of public on the existence and workability of the industries in the state but turn around to seek for employment of their wards in the same companies and even apply to be distributors themselves.

He expressed appreciation to the Coalition of Online Publishers in Akwa Ibom State, COOPA for coming out to express their readiness and willingness to join with the Ministry of Information and Strategy to continue to project and market the ideals of Governor Udom Emmanuel and indeed the potentials and endowment of Akwa Ibom State to the world and urged them to be dogged and steadfast in projecting the Akwa Ibom brand despite all odds as no worthy cause has come easy.

Udoh commended the group for their contributions so far in their online publicity of the activities of government and further appreciated the body for the Award of Patron of the Coalition of Online Publishers in Akwa Ibom State.

He dedicated the award to  his Principal and Mentor, Governor Udom Emmanuel and prayed for resounding victory for the Peoples’ Democratic Party, PDP come 2019 so that the the good work  of the Governor can continue in the state.

Speaking, the Chancellor of the Organization, Mr. Ifreke Nseowo, who was represented by the Secretary General, Mr. Nelson Nseabasi, expressed the resolve of the body to collaborate with the Ministry to showcase Akwa Ibom as a brand and a destination of choice for investment.

Highlight of the event witnessed by the acting Director of Strategy, Mrs. Grace Akpan and the Special Assistant to the Information Commissioner on Media, Mr. Godwin Ibok was the presentation of the Patron Sash and a plaque to the Commissioner for Information and Strategy, Charles Udoh.