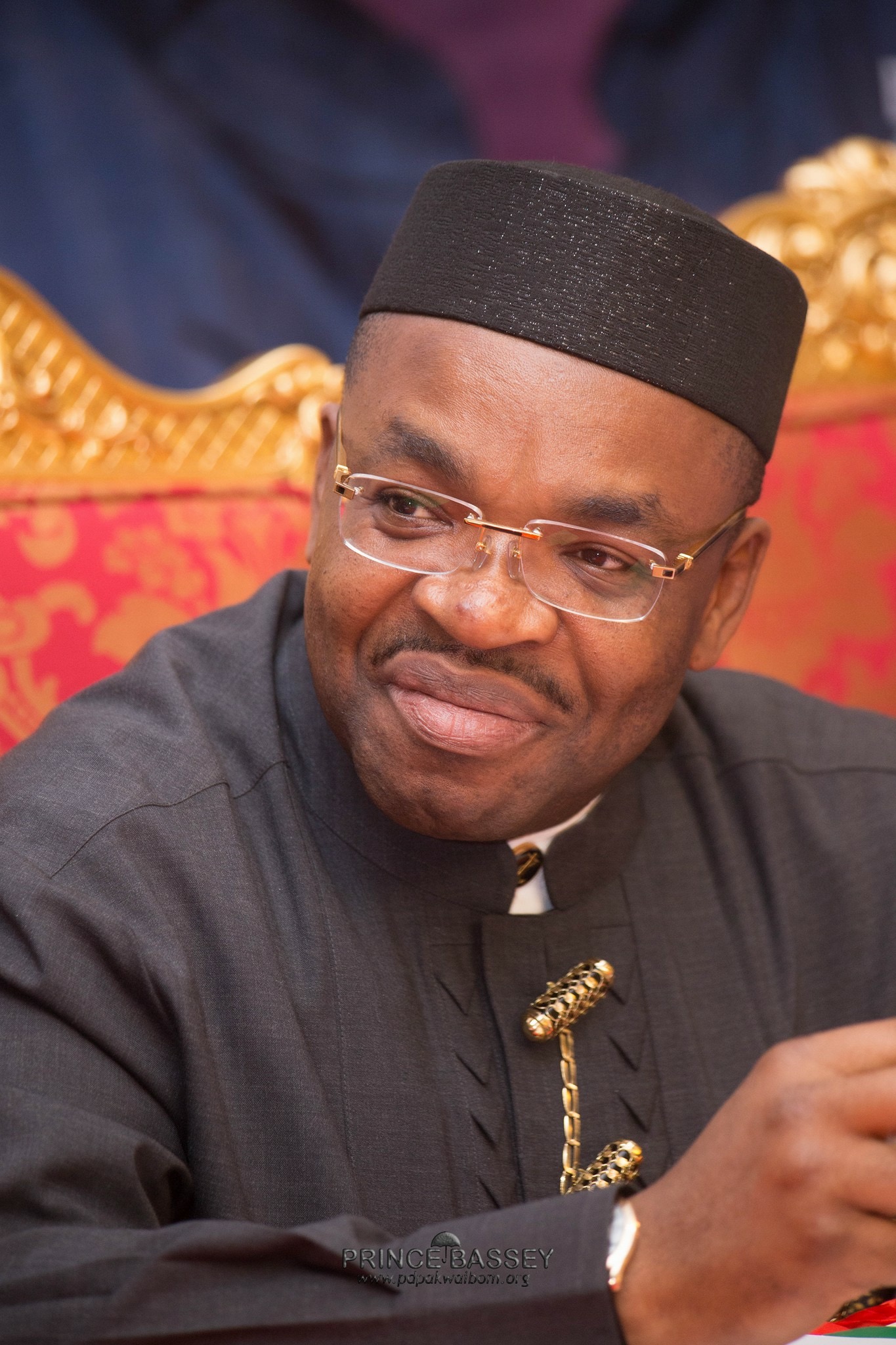 Governor Udom Emmanuel has urged aspirants showing interest in his seat to first tell Akwa Ibom people how they are making good use of their current public offices to the benefit of the people of the state.

Speaking with Government House reporters shortly on arrival from official engagements at the Ibom International Airport, Governor Emmanuel dismissed the All Progressives Congress in the state, saying they don’t sound like people with any genuine agenda for the state.

Apparently ruing the failure of the NDDC under the headship of Mr Nsima Ekere to execute any tangible project in Akwa Ibom in the last three years, Governor Emmanuel quipped, “If those they want to bring control budgets of nine states and all the IOCs and you are in Akwa Ibom, you’ve been here over how many years now, we’ve not seen even a kilometre of road commissioned with such mongoose sum of money, so what will they now do when they pledged to do 4 years?

He dismissed the promise of a one term by the APC promoters, saying, “in four years, how many investors will you talk to? So how many of those factories will arrive for our people to work in?”

He urged his opponents to, “tell Akwa Ibom people what are they going to do for Akwa Ibom. I have never heard that for once.”

The Governor said anyone who controls all the monies of the International Oil Companies, two percent of their budgets plus budgets of 9 states and you don’t have a kilometre of road to show. Even the village you come from, there is no transformer, So what magic will you perform?”

Governor Emmanuel said his administration can show a lot that he has done in the state in the last three years, and it would be appropriate to also have a glimpse of the programmes and ideas they are bringing to the table.

“It is not a time for story telling. Let’s look at whether people are coming to loot the little that we have or they are actually coming to add value,” Mr. Emmanuel added.

The Governor who was impressed with the number of aspirants gunning for the country’s number one plum job on the platform of his party, said it was an indication that the PDP was the most sought after party which has the solutions to the myriads of problems plaguing the country.

“I want to believe, at the end of the day, whoever we will bring out as a candidate should have a whole lot of solutions to the problems in this country.