“No matter how old, a leopard never loses its spots”
– African proverbs.

Last Saturday, in a well publicized and well attended solidarity rally in honour of President Muhammadu Buhari, some known sword men led by Mr. Sunny Ibanga invaded the arena, with impunity of a proverbial vulture, and exhibited his known vampiric character – Presenting a GUN to Mr. Nsima Ekere, with a caveat: KILL WHOEVER STANDS ON YOUR WAY TO GOVERNMENT HOUSE! What?! Anyway, that’s what HAPPENS WHEN KILLERS ARE INTO POLITICS!

The donor and the donee share a lot in common. They swarmed and or migrated from the same Akpabio political clan to APC. Both are daredevils, evil minded and bloodthirsty. Both are not people centred, but selfish in nature such that they can’t give without expecting something in return. For instance, Nsima Ekere in 2014/15 donated hilux vans to his campaign coordinators, but soon after he lost the PDP nomination, he took back those hilux vans in a commando like style, using cultists and police force. One of those who stubbornly refused to hand back the hilux to him was Toyo Id.

Recently, Sunny Ibanga barred Senator Udoedehe’s supporters from boarding the buses he (Sunny) paid to convey party members back to Uyo. Those innocent party men and women were humiliated, harassed and pushed out of those buses midway to Uyo.

In March, 2010, Chief Sunny Ibanga and his cohorts, in a well attended political event at Abak, warned “ALL IBIBIO GOVERNORSHIP ASPIRANTS” to steer clear from Ikot Ekpene Senatorial District during 2011 electioneering campaigns. He issued the threat when he and his cronies noticed that Udoedehe was not browbeaten by series of killings and kidnapping orchestrated by them.

When Senator John Udoedehe went for campaign in Ikót Ekpene in March, 2011 (a year after), his campaign train was waylaid, scores killed. At the end, Udoedehe was roped in as the perpetrator of the dastard act. His Excellency, Sampson Ewang got a share in the Sunny Ibanga vampiric outing when his campaign was also disrupted in Essien Udim.

Last Saturday at Ikot Ekpene, Mr. Sunny Ibanga of all people presented a gun to Nsima – To kill and to destroy the remnants of those who had decomposed in the grave courtesy of them. To resurrect kidnapping, politically motivated killings and thuggery which was the in-thing of Akpabio’s era.

Yes, guns are no strangers to Nsima Ekere. If they were, Nsima would’ve responded to the allegation of his involvement in the death of Akpan Ekpudo. He would’ve exonerated himself from the allegations of their government’s involvement in the killings of Mrs. Philomena Udonwa, Barr. Paul Udonwa, Paul Inyang, Mrs. Maria Ikpe, etc. Uptil this moment, Nsima said nothing as to why people were killed for them to rule. Therefore, guns are no strangers to him.

As 2019 election draw neigh, and as guns were officially handed to Mr. Nsima Ekere, my prayer is, may he never succeed to swim in the ocean of innocent blood of Akwa Ibom people to power. May he be contented with what he is, and to resist the push of the likes of Sunny Ibanga to go against humanity, in Jesus name…. 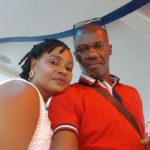