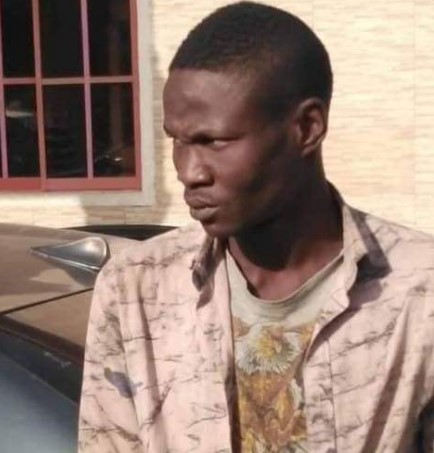 An average age man Nathaniel Samuel has been apprehended with what is suspected to be an Improvised Explosive Device (IED) at the Sabon Tasha branch of the Living Faith Church, aka Winners Chapel in Kaduna.

The suspect was monitored through a CCTV Camera, carrying a bag into the church auditorium as confirmed by a source at the church, Ekpenyong Edet, who said he is the Chief Security officer of the church.

According to Mr Edet, the suspect successfully gained entrance into the church and was comfortably seated before he was suspected and his bag searched only to find the explosive device.

Edet who said he was not in a position to give details to the press, appealed to our correspondent to wait to get details from the presiding pastor when the service was over.

He however, said the suspect had been handed over to the police and moved to the Sabon Tasha Division of the Nigeria Police Force.

An officer at the police station who prefers anonymity confirmed to our correspondent that the suspect had actually been brought there, he however said he won’t give more details, but directed us to speak to the Police Public Relations Officer (PPRO) DSP Yakubu Sabo.

Meanwhile, when the PPRO was contacted, he confirmed the incidence.

He said, the police has already commenced investigation into the matter and will issue a statement accordingly.