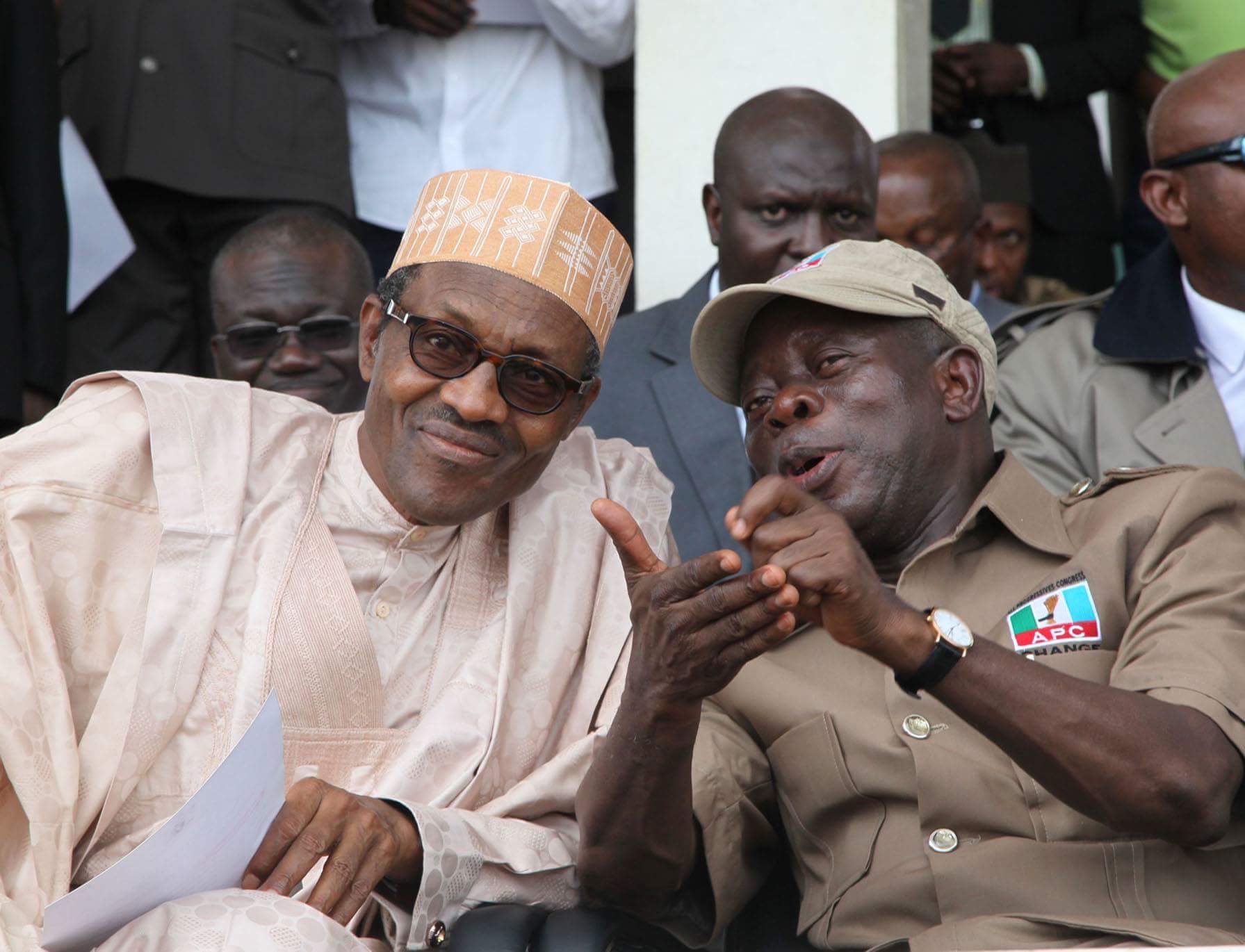 Without any tinge of doubt, Mr. Nsima Ekere, Managing Director, Niger Delta Development Commission, NDDC, could be said to be one undeserved beneficiary of the Buhari administration. He is an epitome of a square peg in a square hole “food is ready politician.”

He never labored, campaigned, supported or voted for either Buhari or the APC. Until he was appointed, he never openly declared support for Buhari administration let alone had APC membership card but cruised through the backdoor for the appointment as the head of the multi billion naira commission even ahead of the likes of Umana Umana who gave his all to ensure that APC,  at least  has a wobbling foundation in Akwa Ibom

Though the strength and number of the group depleted after a futile forty days  sojourn on the streets of Abuja to secure the nullification of Emmanuel’s ticket,  Ekere, who by all known description expressed a naked  hunger for power and intemperateness  continued to hold on to the straw even as some members had thrown their weight behind Emmanuel

Political observers opined that Ekere is today riding on the popularity of garnerd by Umana, Managing Director, Oil and Gas Free Zone Authority and  APC gubernatorial candidate in the 2015  general election

Umana defected to APC in 2014 after seeing the writing on the wall that the zoning of the governorship seat to Eket Senatorial district did not favour his ambition to flying the PDP flag.

Pundits say the only contribution made by Ekere  was his occasionally allowing supporters of Umana to use  his campaign facility along Edet Akpan avenue, Uyo  for meetings and solemn assemblies  when Umana’s  governorship petition was in court.

A chieftain of the party said ‘ Ekere may have been  lucky to become MD of NDDC, using his relationship with Rotimi Amaechi  but the extent to which the luck will take him, I don’t know because some of us are not fools. He thinks he can cajole everybody in the party with money.” The silent complaints about Ekere among the ranks in the APC are believed to have started few months after his appointment in 2016.

It was gathered that early last year, Ekere, ambitiously hijacked the party by allegedly bribing and inducing the immediate past state Exco of the party, led by the former Chairman, Dr. Amadu Attah  to zone 2019 governorship to Eket senatorial district and restraining other senatorial districts from seeking nominations.

Such atrocious and desperate move did not go down well with some chieftains of the party. For instance Solomon Johnny, APC Chieftain wrote on his facebook wall,  “I knew “APC”, Akwa Ibom State chapter, will commit this very serious blunder. I just read that the party had zoned her governorship ticket to Eket Senatorial District and by implication therefore, shall not want aspirants from any other senatorial District to vie for the ticket”. Continuing, he wrote “My immediate question to them is this:

Does APC constitution provide for or recognize zoning? If it does, why did the party set aside such provision and nominate Obong Umana Okon Umana ( from Uyo senatorial district)  in 2015 as her gubernatorial candidate?

According to him “The decision to zone the ticket to Eket is not well thought out. It is very shallow and will make APC a prey to the PDP in 2019. APC cannot sing the same tune with the PDP while she hopes to sack the same party in the next election”,

“Zoning is a PDP ideology unknown to the APC constitution and the rule cannot change mid- way possibly because some new intake into the party are jaundiced in their assessment of the founding members of the party, noting “I don’t think that Eket Senatorial District will dump Governor Udom Emmanuel who they already have on the seat, to chase after another candidate.”

Members of the party are also wary of Ekere’s deceptive antecedents and desperation to capture power at the slightest opportunity. Some who were closed to him during the tenure of the then governor Godswill Akpabio, lamented how Ekere as Chairman of AKIICORP used his relationship with the governor to blackmail his brother, then Deputy Governor, Engr. Patrick Ekpotu. Ekpotu is from Edemaya in Ikot Abasi Local Government Area.

Observers disclosed that Ekere through serial deceit and blackmail succeeded Ekpotu as the Deputy Governor at the 2011 general elections. Ekere on assumption of office then, it was gathered started moves to set up structure to take over from Akpabio in case the subterranean moves to impeach Akpabio met a stone wall.

It was gathered that in less than two years of becoming a Deputy Governor, Ekere’s official responsibilities suffered fatal blows as he engaged himself more on personal interest of taking over power in 2015.

Close watchers recalled the cold war of attrition between Umana Okon Umana, then SSG who was also seeking to succeed Akpabio and intolerant Ekere came to a head few days before Ekere resigned his position as the then deputy governor. In fact, when the news of Ekere’s resignation became public and a journalist called Ekpotu to air his opinion on the matter, Ekpotu could only retorted “ he shouldn’t have resigned, I thought he knew how to become a better Deputy and hung up the line.

It is perhaps owing to the consummate distrust that has enveloped Ekere’s personality that Johnny posited recently, “If Obong Nsima Ekere cannot honor a simple agreement to allow the 2014 exco at the ward and chapter levels of APC to continue, how shall he honor a more weighty agreement with Uyo Senatorial District not to run for a second term?”

The party Chieftain further queried “If Obong Nsima Ekere is using known criminals and security aides, (sic) is in the know of how same security aides are running guns in the Niger Delta against the federal government, How are we sure he shall not return kidnapping, Armed robbery, politically motivated assassinations in Akwa Ibom State if elected as governor.”

Corroborating, another APC Chieftain and 2019 governorship hopeful, Senator John James Akpanudoedehe said recently on a radio programme monitored in Uyo, “Governor Udom Emmanuel is not killing people; those who killed people are now in APC.”

Speaking further he said “who is Nsima Ekere to become MD of NDDC?  Did he even vote for President Buhari?

Continuing,  Akpanudoedehe told his listerners “ Nsima Ekere is the enemy of Akwa Ibom, Akwa Ibom people, these are your enemies, people who opposed me yesterday, today they want to be Governor. How can I give my support to Nsima when my vision is to deliver Akwa Ibom from the people who destroyed it?” , adding  “ they said Nsima Ekere has signed agreement to do four years as governor… a man who cannot keep a secret before you and among themselves cannot keep agreement.”

The battle within the APC in Akwa Ibom is brewing, the fragile peace enjoyed during the congresses has been broken into pieces, two Chairmen are now heading the party, Nsima Ekere and Senator Akpanudoedehe are struggling to get the governorship ticket of the party, things are already falling apart and it is doubtful if the center will ever hold again.