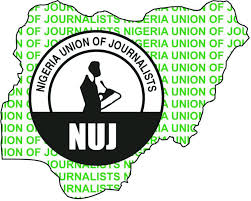 A socio-political group, Oro Progressives Initiative (OPI) has condemned journalists for intensifying the political tension in the buildup to the 2023 election in Akwa Ibom State and called on the NUJ to sanction unprofessional conducts of members.

The leader of Oro Progressives Initiative (OPI), Dr. Bassey Esin in an interaction with newsmen in Uyo, condemned the situation where journalists in the State are used as tools in political discord, stating that “politics should be played with decorum. A situation where people are paid to attach and malign those that share the opposing political view from the centre, is politically appalling”.

Esin particularly condemned the sponsorship of media attacks and social media invectives on the immediate past Chief of Staff to the Governor, Akparawa Ephraim Inyangeyen, noting that the former Chief of Staff has the right to support any person of his choice.

“The series of attacks on Akparawa Ephraim Inyangeyen by groups of journalists under the platform of Eket, and Uyo Senatorial Districts Media Professionals, and other social media hirelings is uncalled for. That AKparawa Ephraim Inyangeyen is not sharing the same political views with the governor or is aspiring to serve the people of Eket Senatorial District is not a sin. It is his right as a person

“As a group of progressives, we are only concerned by the manner people go about politicking in this State. Journalists, who should be at the forefront of getting society informed and ensuring that government remains responsive to the people are now paid to carry out hate campaigns against persons and those who do not support government imposition.

“As a group, we call on the Nigeria Union of Journalists (NUJ), Akwa Ibom State Council to defend the noble profession and restore the confidence of the masses by sanctioning those members found to deviate from the extant journalism ethos, especially during this political season.”

“The contest for who represents Eket Senatorial District in the Red Chambers in 2023 should be opened for all intending aspirants. This will create room for variety and we will be able to make the right choice. Don’t force aspirants on us. We want to choose our representative.

“Let everyone go to the field and the aspirant that is popular with the people will emerge. Akparawa Ephraim Inyangeyen is contesting, come and contest with and if you defeat him at the polls, you get. Stop hiring people to insult and abuse statesmen”, he said.