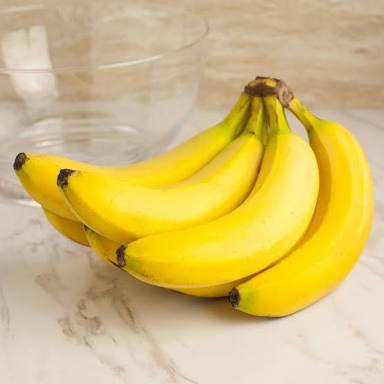 But why would someone waste their time and energy to spin all manner of lies expecting Akwaibomites to take their words hook, line, and sinker? We know it is for their selfish gains or instant gratification and we also know that they are sponsored by their paymasters to plant seeds of discord amongst us. Time will surely tell!

We however acknowledge that development is but without its challenges, especially in a dwindling economy such as the one we are experiencing now.

If it is such an onerous task to provide for a family of 5, how much more a diverse Akwa Ibom family of over 5 million people?

Instead of showing us how to make the best use of our banana, eat it for its nutritional value and derive economic value from the peels, these agents of destruction and their cohorts prefer to tell us that this is not banana, that this is apple, and they expect us to believe that?

For them, if it is not their banana, then it is no banana at all! Abasi mbok! We know this one! We have clearly seen it! This is BANANA!

They think we are lame. That is why they target our minds with write-ups that will blindfold us to self destruction. We see it and we know it! Akwaibomites are not stupid!

This is the situation we find ourselves today. We have seen them and we know them! They are the ones circulating a poorly-constructed article titled *”AKWA IBOM GOVERNMENT AND THE RICE MILL DECEIT”.*

Now, this is an insulting attack on the collective intelligence of the Akwa Ibom people. They are attempting to hide the truth from us!

On this rice matter, sadly for them, Akwaibomites know that this rice was cultivated on a 600 hectares of farmland, harvested, processed and packaged in Ini Local Government Area of Akwa Ibom State. We also know that this long grain rice which takes about 120 days to mature has a turnover of 160,000 metric tons.

Akwaibomites know that the rice project is under a Public Private Partnership Agreement between the state government and a private firm, Agricon and that about 10,000 bags of 50kg of this rice will be released into the market as soon as the marketing strategy is finalized. We know these facts already! Their attempt to confuse us already failed on takeoff!

It is obvious, these perpetrators are not happy about the latest developments in our dear state, hence the display of their regular mental dysfunction caused by pull-him-down syndrome. We are surprised however, to see them use photos of the rice mill they claim is not in existence!

As the days go by, our business consciousness is increasing. We know that money is passing us by every second and we know that all we need do is key into the value chain and change the story of our lives for the better.

Akwa Ibom is not a civil service state as they think they have succeeded in making us believe! Some of us just have that civil service mindset. We know this will soon be a thing of the past as we have confirmed that God sent Udom Emmanuel to us at this time to change that perception with the quality of projects he and his team is embarking on.

As a people, we have risen above hate, ethnicity, biases, gender or religion and we are taking responsibility of our destinies. Never again will anyone set us on a warpath against our leaders!

Udom Emmanuel has earned our accolades and trust for ushering us into the industrialization era and we will continue to support him to drive his vision to an expected end.

We have decided to think for ourselves as no one would do so for us! No amount of falsehood would distract us because for Akwa Ibom, under the able leadership of Governor Udom Emmanuel, it is forward ever and backward never!

We are not stupid.

*This is BANANA not an apple.*

*WE SUPPORT GOVERNOR UDOM EMMANUEL TILL 2023.*