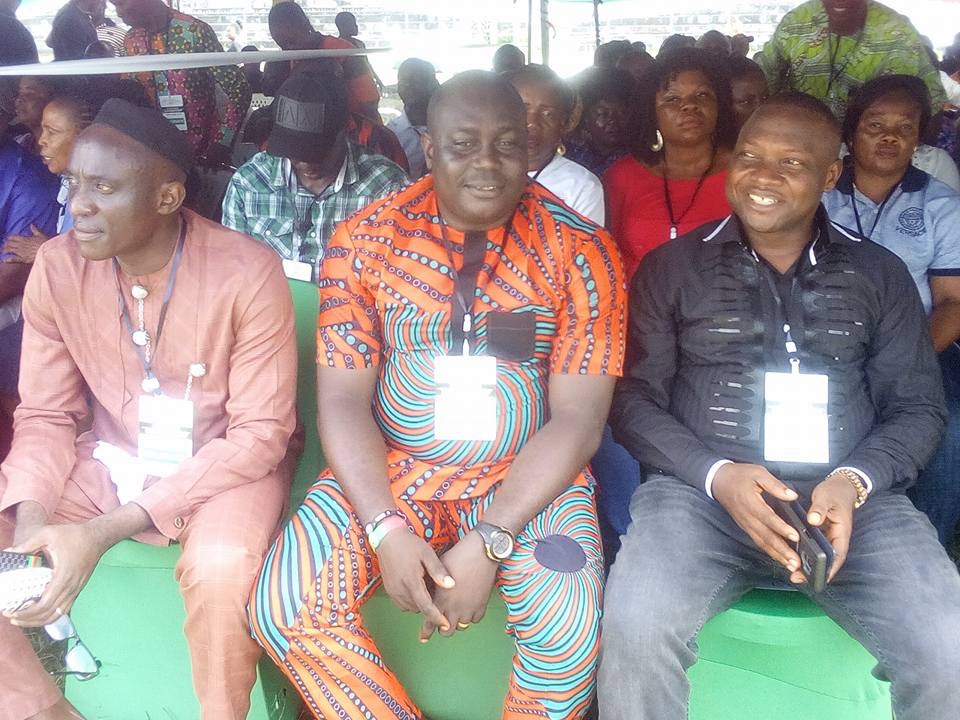 … Reiterate Government’s readiness to reward those that labored for the party since inception in 1999 till 2016.

It was a gathering of political class at the Uyo Council Hall where all former political office holders across the eleventh wards of Uyo converge at the instance of the party Leadership in Uyo Local Government Area to chat the way forward for the party towards the reelection bid of his Excellency Governor Udom Emmanuel and other candidates of the party.

Addressing the audience, the executive chairman of Uyo Local Government Area Elder (Hon) Imoh Okon informed the audience that Governor Udom Emmanuel is a man that values service to a cause especially those that sacrificed for the growth of the People’s Democratic Party since its inception in 1999, stressing that all former officials of the party from the Ward to the state level will be duly rewarded.

He urged the former leaders not to be dismay, but to remain focus, steadfast, and to remain loyal to the party assuring them that the People’s Democratic Party is stronger than it used to be, and it’s ready to take back power at the Centre. He therefore warned that this is not a time to be double minded.

Other speakers who addressed the audience include the Secretary of Divine Mandate in the state and the Coordinator of the Divine Mandate in Uyo LGA Otuekong Prince Enobong Uwah who equally admonished the former Leaders that the party is all out to reward those that stood with it for all these years, stating that the party has really remodeled it’s integration and reward system formula.

On the reelection bid of Governor Udom Emmanuel, the Uyo Capital City Development Authority Helmsman says there’s nothing to be worried about as it has become a normal pattern in Akwa Ibom States politics every time a sitting Governor want to return for a second term.

“In 2003 between Obong Attah and Ime Umana, the force by the Opposition was more than this but Obong Attah finally won and completed his eight years. Similarly, in 2011, the struggle by the then ACN led by Distinguished Senator JJ Akpan Udo Edehe to unseat Chief God’s will Akpabio cannot even be compared to what is happening now, but he still won the election and completed his eighth years. Therefore the issue of Udom winning the 2019 election and completing his 8 year is very sure and certain.

On his part, the PDP Chapter Chairman who doubles as the Caucus chairman in Uyo LGA Hon. Idorenyin Orok while thanking the former party Leaders for the massive turn out for the meeting, says it is a sign that Uyo is intact for PDP, and pleaded all whose interest might have been hurt in one way or the other to always remember that a party can only have one flag bearer at a time.

He further stated that a seven man reconciliation Committee headed by Hon. Ekere Afia has already been set up to ensure that all grievances are carefully looked into and solve amicably before the 2019 general elections