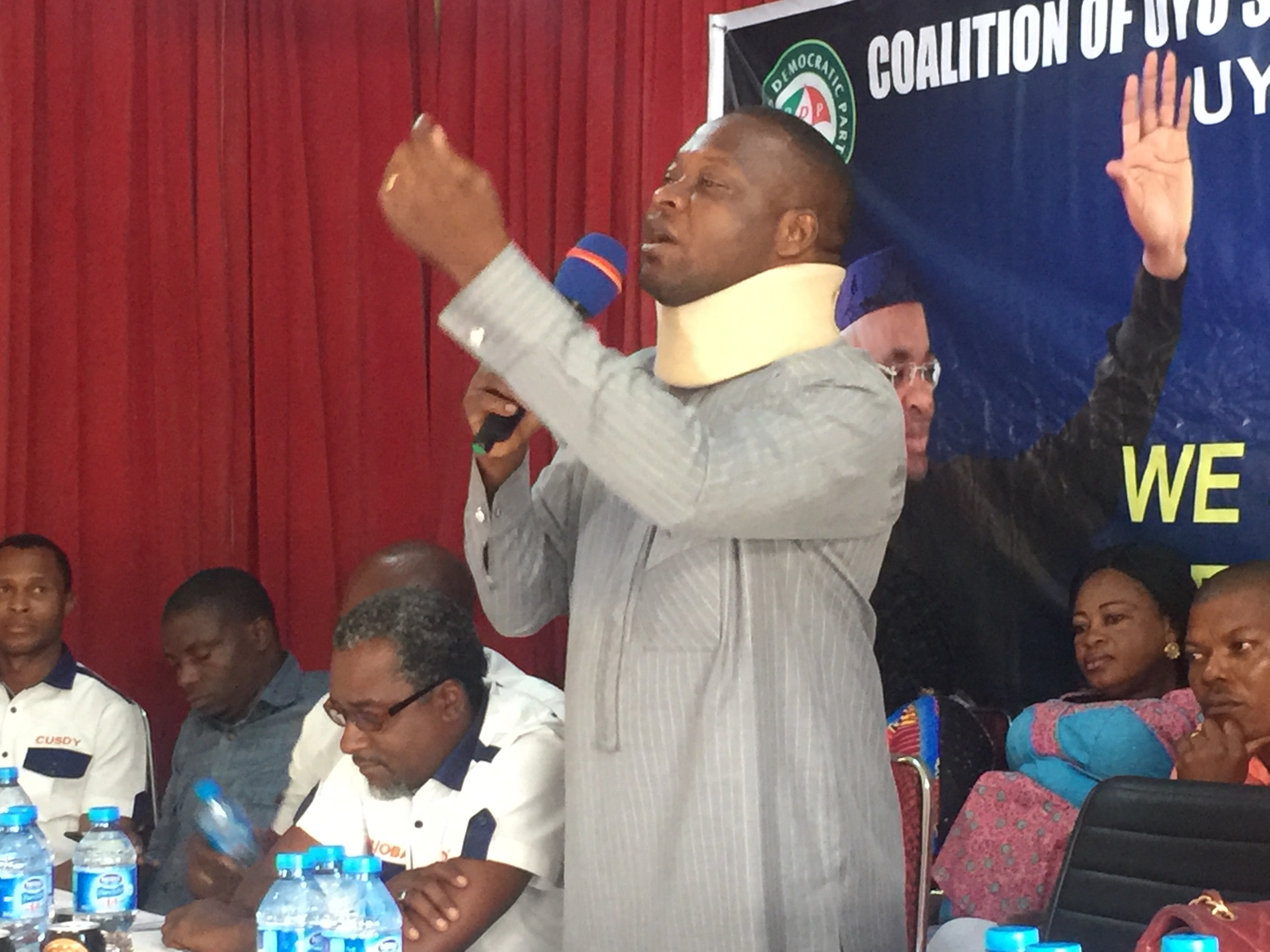 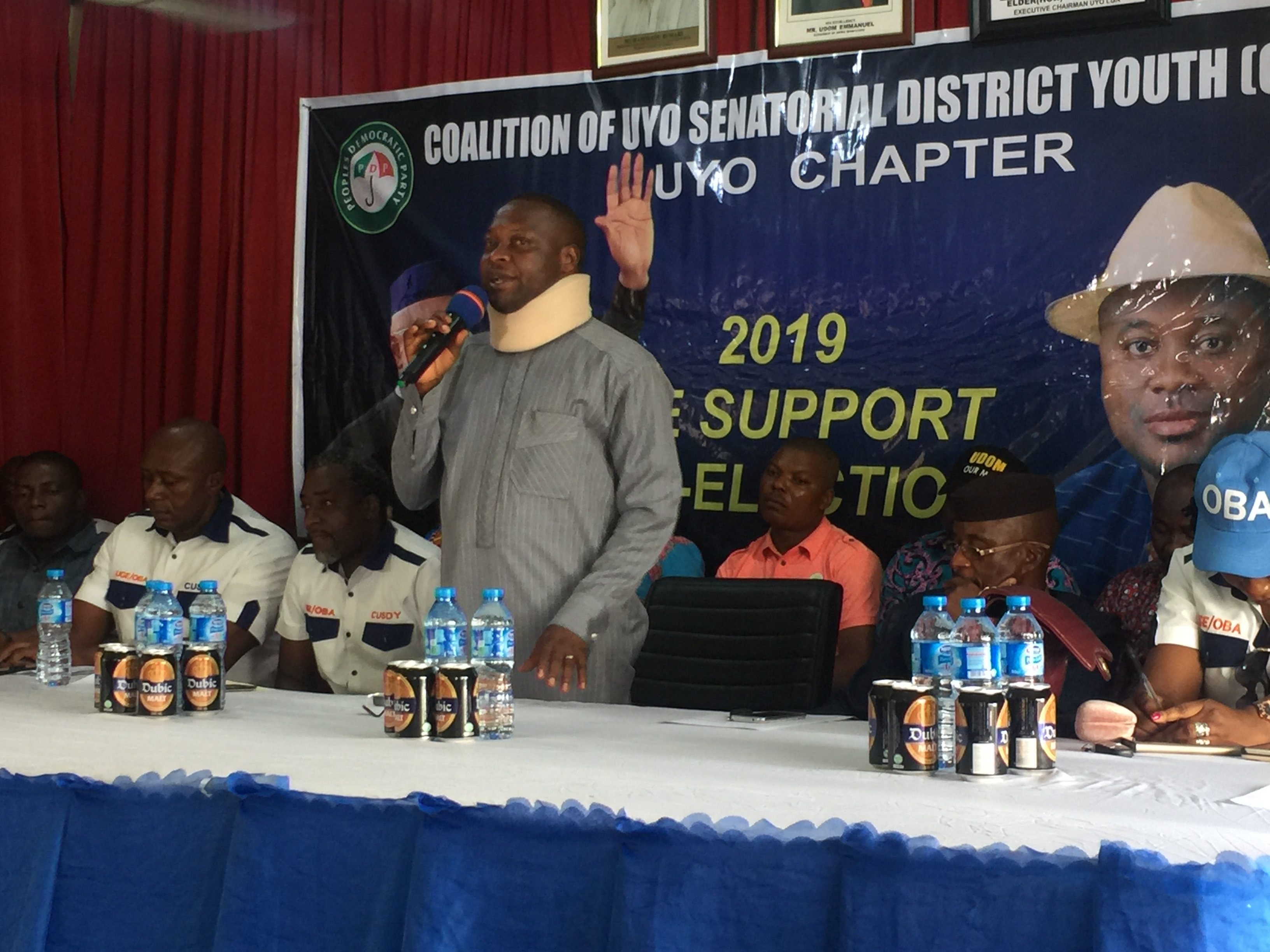 The Chairman of Uyo Local Government, Elder Imoh Okon has called on the youths of the Area under the aegis of Coalition of Uyo Senatorial District Youth(CUSDY), Uyo Chapter to canvas votes for Mr Udom Emmanuel and Sen Bassey Albert (OBA) ahead of the 2019 General Elections.

Speaking during the inauguration of CUSDY held at the Uyo Council Hall on Friday 29th June, 2018, Elder Imoh Okon who charged the Uyo Chapter Exco to be united in order to achieve their desired result. He further stated that Uyo Local Government have always voted massively for every Governor, but this time Uyo will give more than 100,000 votes with the 175 units available in the Area.

Also in attendance were Hon Tony Asikpo and Hon Kate Asian who advised the newly inaugurated Excos to go to the grassroot and mobilize votes for Governor Emmanuel and OBA as the duo have performed creditably well and deserve a second term.

Also speaking at the occasion was a famous youth leader and supervisor for Works in Uyo LGA, Mr Linus Effiong who applauded the Governor and Senator Albert for giving the youth a sense of belonging in the scheme of things, and hence deserve their total support as 2019 approaches.

The Leader of Uyo Legislative Council, Hon Nathaniel Udoh also applauded Governor Emmanuel for having a man like Hon Imoh Okon as the Chairman of Uyo LGA who is sustaining his Industrialization drive in Capital City. He also charged the youths to massively support Gov Emmanuel and Senator OBA so as to attract more Democratic Dividends to the area.

Highpoint of the event Was The swearing in of the new Executives of CUSDY which are drawn from the eleven wards of Uyo Local Government Area.