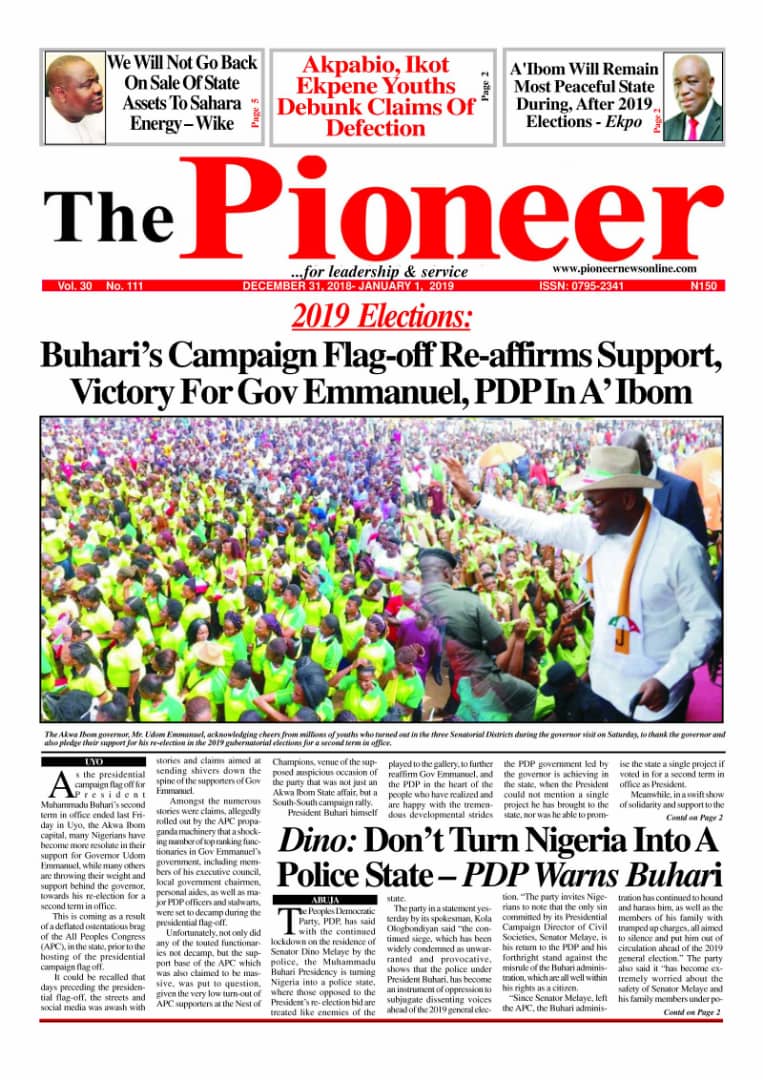 As the presidential campaign flag off for President Muhammadu Buhari’s second term in office ended last Friday in Uyo, the Akwa Ibom capital, many Nigerians have become more resolute in their support for Governor Udom Emmanuel, while many others are throwing their weight and support behind the governor, towards his re-election for a second term in office.
This is coming as a result of a deflated ostentatious brag of the All Peoples Congress (APC), in the state, prior to the hosting of the presidential campaign flag off.

It could be recalled that days preceding the presidential flag-off, the streets and social media was awash with stories and claims aimed at sending shivers down the spine of the supporters of Gov Emmanuel.
Amongst the numerous stories were claims, allegedly rolled out by the APC propaganda machinery that a shocking number of top ranking functionaries in Gov Emmanuel’s government, including members of his executive council, local government chairmen, personal aides, as well as major PDP officers and stalwarts, were set to decamp during the presidential flag-off.

Unfortunately, not only did any of the touted functionaries not decamp, but the support base of the APC which was also claimed to be massive, was put to question, given the very low turn-out of APC supporters at the Nest of Champions, venue of the supposed auspicious occasion of the party that was not just an Akwa Ibom State affair, but a South-South campaign rally.
President Buhari himself played to the gallery, to further reaffirm Gov Emmanuel, and the PDP in the heart of the people who have realized and are happy with the tremendous developmental strides the PDP government led by the governor is achieving in the state, when the President could not mention a single project he has brought to the state, nor was he able to promise the state a single project if voted in for a second term in office as President.
Meanwhile, in a swift show of solidarity and support to the governor, millions of youths in the state gathered separately in their different senatorial districts on Saturday, a day after the Presidential campaign flag-off in the state, to thank the Gov. Emmanuel and pledge utmost support for his re-election.

Over eighty per cent of the people who spoke with our reporters, across the local government areas of the state, about the presidential campaign flag-off and Gov Emmanuel’s second term bid, said the governor should not be intimidated by any antics from whatever quarters, as the right thinking people of Akwa Ibom State are very much behind him and will vote him into office in the coming election.

While many of the respondents opined that if President Buhari does not have anything to offer Akwa Ibom, nothing would make anybody believe the President will support his party’s governorship candidate in the state to succeed.
The backlash of the claims precedent to the Presidential campaign flag-off in the state has also visited the social media, as jeers over the alleged claims have been constantly posted by Nigerians on social media. 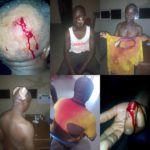